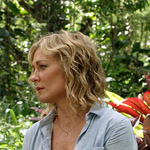 Shot in Hawaii, this independent film was terrific fun to make. First time director Harry Cason, conjured up a script with Stephen Beck, loosely based on Shakespeare’s A Midsummer Summer Night’s Dream. Amy stars in this film alongside Charles Shaughnessy, Brent Bailey and Alexandria DeBerry. Her character, Helen, leads the group on an expedition to save land in natural habitat in Hawaii from developers. Along the way, they caught up in some ancient Hawaiian magic and comedy ensues.

Attorney Tanya McQueen has hired a team of anthropologists to find an ancient artifact which, if found, would halt development of Nick Button’s shopping mall in the sacred Hemolele Forest on Kauai. The team is led by the experienced duo of Helen and Demetri, joined by grad students Zander and Hermione . The team is seen by Omaka, a native Hawaiian kahuna, and his mischievous aide, Puka.

Sensing Helen’s yearning for passion from Demetri, Puka doses the man with the nectar of a special flower from the forest — but he has dosed Zander instead, triggering confusion and hilarity. When Puka tries to make amends by dosing Demetri too, and later Tanya as well, the results are surprising and wonderfully zany.

This modern retelling of the classic William Shakespeare play was shot entirely in Hawaii, with the beautiful and lush fauna of the Hemolele Forest a perfect setting for a forest full of enchantment, where love wins the day. 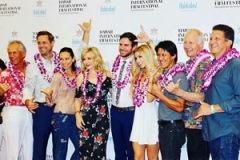 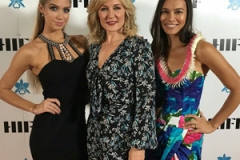