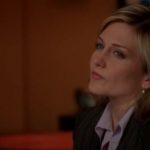 A patient, Damon, a Marine corporal, escapes from a secure lockup psycho ward at the Naval Medical Center, Bethesda, Maryland; he then hijacks a car and kidnaps its owner, who’s one of the psychiatrists on his case; Gibbs and company investigate. Damon has received two weeks of treatment for the post-traumatic-stress disorder after returning from Iraq, where he escaped and took his three men with him after killing their captors, who had tortured and questioned them. Abby finds that Damon is on a complex steroid regimen. At a rehab gym Gibbs, Tony, McGee, and Ziva encounter Damon, who attacks all of them. The gang figure out the whole thing, and they deal with it.