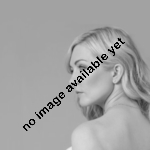 The Babe is a 1992 American biographical drama film about the life of famed baseball player Babe Ruth, who is portrayed by John Goodman. Directed by Arthur Hiller, written by John Fusco, it was released in the United States on April 17, 1992, to mixed reviews. The somewhat fictionalized account of Ruth’s life begins in Maryland with his childhood. The film covers his personal life and rise as a ball player with the Yankees, trade to Boston, and decline in health and career that ends with his walking away after being a “name only” manager to boost ticket sales.

Traces the career of Babe Ruth from his days as a youngster in an orphanage to his last days as a manager. Includes such moments as the famous predicted home run and the promise to little Johnny.

no pictures available yet