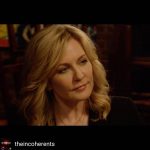 Amy plays Jerry, a music executive who delivers very blunt and straight talk to a New York City rock band looking to make a comeback after their heyday in the 1990s.

“The Incoherents” is an independent feature film that wrapped principal photography in Spring of 2017. It was shot in and around New York and New Jersey and is slated for release in 2018. The film is produced by Loaded Barrel Studios, Starna Productions and Ronan Jean Productions.

THE INCOHERENTS is a dramatic-comedy feature film in the spirit of SIDEWAYS, ALMOST FAMOUS and OLD SCHOOL. Populated by an eclectic cross section of New York City characters, “The Incoherents” humorously touches upon relationships, aging, reality, and dreams wrapped in a love letter to the continuing lure and thrill of Rock ‘n’ Roll…

Behind the Scenes & Social Network Gallery