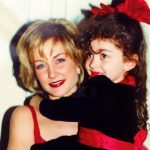 01 – “Pilot”
A mob boss is murdered, and FBI agent Joe Pistone must choose between two rivals hoping to be named underboss

02 – “Tight Rope”
With the help of another undercover agent, Joe tries to get the family interested in a fraud scheme involving kickbacks for replacing public-school windows. Elsewhere, Maggie is injured in a car accident.

03 – “Windows”
The Pistone family is in danger when a cocky FBI agent botches an undercover operation he’s working on with Joe involving a kickback scheme; a new ADA turns up the heat on the Volonte family; Sonny is forced to buy his sister a house

04 – “Double Exposure”
A con man, who recognizes Joe from a previous bust, threatens to expose his undercover identity unless Joe helps him sell a stolen birth-certificate plate; Sonny’s angry when Ricci names an archrival from Sicily as underboss.

05 – “Lealta”
Caesar demands that Sonny kill his own uncle to prove his loyalty, and Joe is assigned the hit; Amanda is expelled from school after she gets into a fight with another student.

06 – “That’s Amore”
Assistant DA Gold puts the squeeze on Joe to get to Sonny, which threatens to jeopardize the FBI’s operation; the Volonte family looks to go global through a drug cartel; Maggie accuses Joe of having an affair after she smells perfume on his lipstick-stained shirt; Lucky is lured into a trap set by Caesar.

07 – “…But Not Forgotten”
A.D.A. Gold arrests Joe and Jimmy for Dominic’s murder, and Caesar threatens to kill Sonny and his crew unless Sonny avenges Dominic’s death.

08- “You Can’t Always Get What You Want”
Joe’s loyalty to the FBI is questioned, as Kehoe threatens to shut down the operation; Caesar starts to set up the heroin deal and infuriates Sonny when he sleeps with Dede

09- “Paying the Piper”
Sonny and Dede are rushed to the hospital after they are hurt in an explosion, and Gold persuades Sonny to testify against Ricci to help convict Ricci of murdering his wife